The Good, the Bad and the Ugly

The Good, the Bad and the Ugly 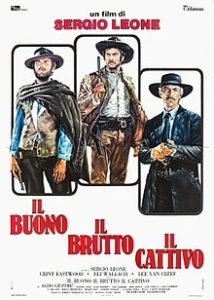 This epic spaghetti western starring Clint Eastwood provides a metaphor for the crisis of capitalism as described by Brunko Milanovic in his recent article “The Crisis of Capitalism is not the one Europeans think it is”[1].

Milanovic explains how, whatever the apparent weaknesses of capitalism, it has become the unrivalled economic mode for mankind’s activities.  Moreover it is increasing its grip as technological advance creates new markets, such as the market for personal data, rental markets for private homes (Airbnb) and private cars (Lyft /Uber), not forgetting the market trading work spaces for the self-employed (e.g WeWork).  The implication being that there is more to come – much more!

His article therefore provides an echo of the Neo-Luddite movement of the early 1990s, itself echoing the original Luddites of the early 19th Century who had opposed the transfer of individual craft weaving activities into mechanised mills employing many hundreds of workers. The demise of which we now, ironically, regret – although those mills now provide opportunities for the leisure industry to exploit their legacy.

So, the lesson of history is that you may channel the flow of this tide but you cannot arrest it. In so far as the more advanced G8 economies attempt to do so, their efforts are marginalised by the relatively unfettered economies of Asia and South America with, possibly, Africa not so far behind.  Industrialisation of artisanal occupations in the early 19th century may be readily repeated upon the intellectual and intermediary occupations of the 21st Century.  Time will tell whether the bourgeoisie have more success in their protectionist aspirations than the proletarians before them!

In short this recent article is a timely contribution to public discussion of economic and social change in our digital era and emphasises how the political impact of the gig economy (aka ‘gigification’) in Western economies is riding ahead of its economic significance.

So what about the Good, the Bad and the Ugly?

Well, there is no question that the ugly side of our modern economy is the political entrepreneurism Milanovic refers to.  For the good and the bad I think the jury is out.  From my perspective we require more information on the effects of gigification before we can draw any conclusion. That fact is the primary consideration behind the proposed UKPLC monitor and the ideas expressed elsewhere on this website.

Share
Previous PostCMR Sponsors Meeting on the Gig-economy
Next Post"Why is measuring the digital economy so difficult when everything is stored as data?"