The Launch event took place on

The meeting was chaired by Phyllis MacFarlane FMRS

Not all talks were supported by charts 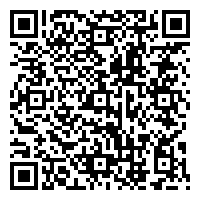 The purpose of Better Statistics CIC is to campaign for more reliable statistics, whether created by private companies or by public bodies. Better Statistics means statistics that are more trustworthy, useful to more people, of good quality and readily accessible. To achieve our aims we promote public awareness of, and interest in, the production of accurate and relevant statistics.

To support our aims please scan the QR code on the left or click here.

Dr. Stephen Brien: Stephen is Director of Policy at the Legatum Institute. In addition to overseeing the Institute’s policy programmes, his research focuses on the socio-economic drivers of prosperity around the world. Stephen is also Chair of the UK Social Security Advisory Committee.

Simon Briscoe: Simon is a director of data science start-up t-tab, having previously worked in the civil service, investment banking and at the FT.  Among various contributions to our public life he was an adviser to parliament’s Public Administration Committee and a trustee of FullFact.

Sir Vince Cable:  Vince was the Business, Innovation and Skills Secretary in the coalition government, he has now retired from politics but retains an active interest in business and economic affairs.

Tony Cox: Tony is a fellow of the Royal Statistical Society and chairman of the RPI / CPI user group within the Statistics User Forum on Stats User Net.

Sir John Curtice: John is Professor of Politics at the University of Strathclyde and Senior Research Fellow at the National Centre for Social Research; he is also chief commentator on What UK Thinks.

Richard Heys: Richard is Deputy Director & Deputy Chief Economist at the ONS. Amongst many other responsibilities Richard is currently responsible for productivity statistics at the ONS.

Sir Bernard Jenkin: Bernard has served as a Member of Parliament since 1992, currently for Harwich and North Essex. He served for five years in the Shadow Cabinet and has been Deputy Chairman of the Conservative Party. In 2010, Bernard was appointed as Chair of the Public Administration Select Committee (PASC), charged with considering matters relating to the quality and standards of administration within the Civil Service, and included the remit for UKSA.

Priya Minhas: is a Senior Researcher at Opinium Research, a strategic insight agency. She works across a range of social, political and business clients.

Ms. Vicky Pryce:  Vicky is Chief Economic Adviser and a board member at the Centre for Economics and Business Research (CEBR). Vicky has held senior positions in business and the Civil service including as partner and chief economist at KPMG   and joint head of the UK government economic service.

Sir Andrew Watson: Andrew is the Chairman of the Council for the Protection of Rural England (CPRE) otherwise known as the Countryside Charity based in Warwickshire.  He is a keen tennis player and walker!

The purpose of Better Statistics CIC is to campaign for more reliable statistics, whether created by private companies or by public bodies.  By ‘better statistics’ we mean more trustworthy, useful to more people, of good quality and readily accessible. To achieve our aims we promote public awareness of, and interest in, the production of accurate and relevant statistics.

Please register your interest for future events below.