CMR Sponsors Meeting on the Gig-economy

CMR Sponsors Meeting on the Gig-economy 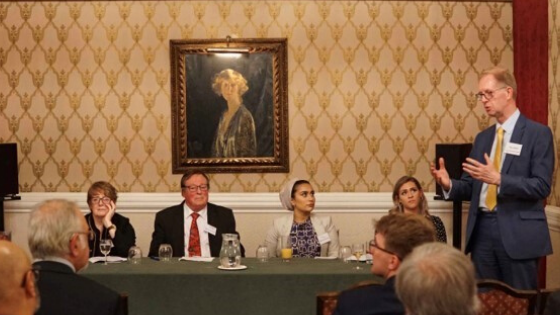 In late October 2019, well before we had the UK General Election thrust upon us, CMR in conjunction with LibDems in Business (a support group of business people associated with the LibDems) held an informative, innovative and interesting event at the Lady Violet Rooms within the National Liberal Club Whitehall London.

Economists, statisticians, business owners, lawyers, accountants, technology scientists and industry association spokespersons all made their way to an 1886 high ceilinged Victorian drawing room, once the home of the National Liberal Women’s Federation (think pre suffragettes) for a panel discussion with a difference.

We were there to explore, explain and engage our minds over what is the gig economy, how is the non-traditional labour market operating, who and how should we measure it and what benefits accrue from better data, finer analysis and more reliant investigation. Audience members had been drawn from politics, the civil service, journalism, high street enterprises and a diversity of regions, cultures and backgrounds. The Somali born lawyer, mixing with the Yorkshire manufacturer, the politician and the Aussie expat.

Our panel was hard hitting and candid: 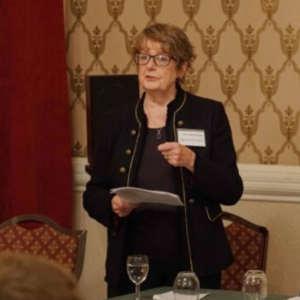 Phyllis Macfarlane (Chair of the UK’s Market Research Society). Phyllis compared the UK business world with parallel developments in China and Africa. Providing an overview of the struggles and testing environment created by what we call the “gig” economy; the online platform styled “non-traditional” economy that brings customers, workers, products and companies together, courtesy of apps on your smart phone, tablet or computer. She addressed the elephant in the room: the failure of many to demand better information before making serious investment choices. 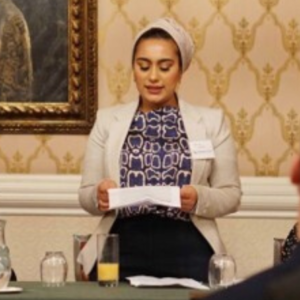 Sumaiyah Qadri (Principal of Magnus Legal Consultancy). Magnus Legal are a newly formed legal advisory group, operating in both London and Manchester. Sumaiyah provided first-hand experience of a start up in today’s contested field of legal services. Her personal story and the reasons why an online strategy was essential rather than desirable was enlightening to anyone who remembers business start-ups in the pre Facebook era. 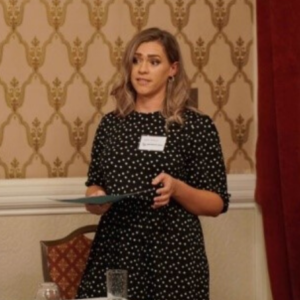 Katie Bishop (Manager at Oxford University Press). Katie is the quintessential proponent of the new world of work, with her after hours’ activities as a blogger, commentator and advocate for better knowledge about the gig economy. Accordingly she provided us with an insight into the winners and losers from this tech driven experiment that has taken over between 4 and 10 percent of all UK employment (depending on how you measure it). Some surprising winners.

With our final panellist: 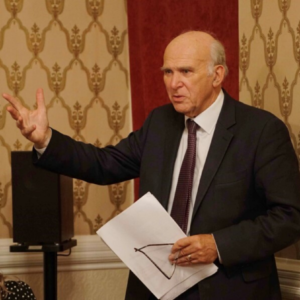 Sir Vince Cable MP (former Leader of the Liberal Democrats and an innovative Business Secretary in the Cameron/Clegg government). Sir Vince contributed his many years of economic and political wisdom to the debate, explaining why the gig worker, online platform transactions, zero hours contract and fresh business models all deserve more attention, better data and improved analysis. Importantly, he pleaded for more creative policy responses; driven by an understanding that freedom and opportunity can be enabled by modern technologies within a framework of British values of fair play and fair markets.

CMR is proposing services to provide the data and the evidence to all the stakeholders in the discussion. Business need to understand how big, diverse, fragile and interrelated the tech platform versus the traditional economies play out. Workers, unions, professional bodies and civil society deserve to come to grips with a revolution in information sharing, data mining, emerging labour market models and freshly minted transaction mechanisms. Politicians, the Bank of England, the Office of National Statistics and the Civil Service all might benefit from insight as to the true size, momentum, nature and characteristics of the so called gig economy.

At the end of the night, after many questions and answers, there was an informal consensus. Hard to fathom given the mix of political, economic and social attitudes expressed. Representatives from the Federation of Small Business, owner managers of non-London enterprises, solo BAME business contractors and retired Whitehall civil servants who have never worked outside bureaucratic entities all had their say.

The bottom line was that there were three natural and necessary next steps:

In essence, a very diverse set of interested stakeholders had shown a desire for more meaningful evidence to back up decisions that are personal, enterprise, regional, national and policy in nature.

With more and reliable tools to measure, assess and analyse the gig economy and its impact on everyday life (from our social, economic, political and civic transactions) we could start to make better decisions for Britain and its place in the post-modern world. The days of “cool Britannia” are a footnote to an earlier pre austerity era.

CMR stands prepared to bring partners on this journey of discovery using reliable, cost effective and fit for business research tools designed to unlock the mysteries of the gig economy. The time is now.